Home » History of the Oktoberfest

History of the Oktoberfest

History of the Oktoberfest – The origins 1810

On 12 October 1810 Crown Prince Ludwig, who later became King Ludwig I, married the Princess Teresa of Sassonia-Hildburghausen . All the citizens of Munich were invited to attend the celebration held in the fields in front of the city gate to celebrate the happy royal event. Since then, the fields have been called “Theresienwiese” ( “Teresa’s meadow” ) in honour of the princess, shortened to “Wies’n”. The closing ceremony at the Theresienwiese  included a horse race, a veritable feast for the whole of Bavaria, the following year the decision to repeat the horse races gave rise to the origin of the Oktoberfest tradition.

It is here that the history of the Oktoberfest begins, the annual celebration that since then, punctuates the life of Munich and Germany, as a permanent and punctual fixture, except on 24 occasions when it was cancelled due to wars or epidemics. 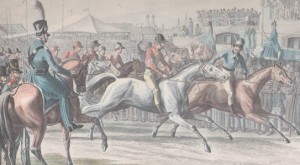 In 1811, in order to promote agriculture and the Bavarian economy, an agricultural fair was also organised. The horse race from which everything takes its origin no longer takes place today, in fact the last occasion was in 1960, while the agricultural fair is held once every four years, at the southern end of the Wiesn. In 1813, the celebration was cancelled due to the war against Napoleon. In 1818 the first ride and two swings made their appearance.
From 1819 onwards the citizens of Munich assumed responsibility for the organisation of the festival, making it an annual event. Thereafter, the duration of the Oktoberfest was lengthened and the start date brought forward, to take advantage of the longer and warmer days of September.

Since 1850 the statue of Bavaria built by Johann Baptist Stiglmaier and Ferdinand von Miller on a design by Leo von Klenze and Ludwig Michael Schwanthaler, has “watched over” the Oktoberfest. In 1854 the Oktoberfest was cancelled due to a cholera epidemic. Also in 1866 festivities are suspended as Bavaria was fighting side by side with Austria in the war against Prussia. In 1873 cholera struck again, another year cancelled. 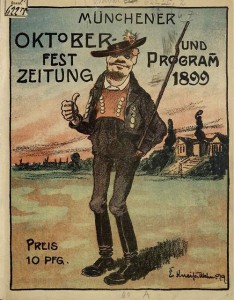 In 1885, electric lighting lit up the Oktoberfest tents for the first time.
From 1887 onwards the tradition of the opening parade was resumed, as in the first edition in 1810. From then on in fact, the “Einzug der Festwirte und Brauereien“, led by the Münchner Kindl, has been the official opening ceremony. Since 1892 beer has been served in glass jugs (Maß). Since 1896, due to an initiative by the hosts in collaboration with the brewers, the first large halls were built to replace the old sheds.

History of Oktoberfest – from 1900 to the present day 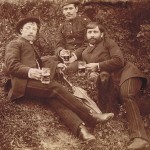 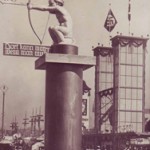 In 1933, the swastika replaced the blue and white Bavarian flag. 1939 to 1945 were war years and the Oktoberfest was again cancelled. From 1946 to 1948, as in the years following the first world war, a purely “Autumn Festival” was celebrated in Munich with a lighter beer. In 1950, the current traditional opening ceremony of the festival was introduced: “O ‘zapft is“. The first mayor to tap the barrel was Thomas Wimmer.

In 1960 the horse racing ended. In 1960 the Oktoberfest became the huge festival now recognisable as the one we know today. From 1970, the local gay organisations organise “The Gay days”. 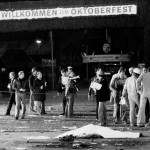 On 26 September 1980, at 22:19 precisely a bomb exploded in a dustbin in a toilet at the main entrance. The bomb was made from a vacuum filled fire extinguisher with 1.39 kg of TNT. Thirteen people lost their lives, more than 201 were wounded, of which 68 were serious. This was the second deadliest terror attack in the Germany’s history after the massacre at Munich, Bavaria. Responsibility for the attack was attributed to Gundolf Köhler from Donaueschingen, a right-wing extremist. He himself died during the attack, operating alone. This theory however leaves several questions unanswered and still has unanswered questions. In 1984 the metal barrels were covered and lined with wood to maintain efficiency and also to observe tradition. Since 2005 onwards, in order to make the Oktoberfest more amenable for the elderly and families, the music has finished at 18.00 and has been limited to 85 decibels. 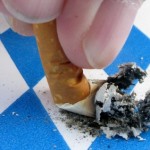 Since 2008, the law prohibited smoking in all enclosed spaces open to the public. For the Oktoberfest in 2008 there was an exception, although the sale of tobacco is not permitted inside the halls. In 2009, the smoking ban in Bavaria was the subject of clashes during political debates, and more special exemptions were granted to the Oktoberfest tents. At the beginning of 2010 through a referendum held in Bavaria as a result of a public initiative, the smoking ban of 2008 was rigorously reinstituted. 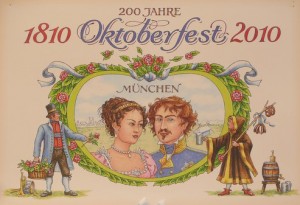 2010 was the 200th anniversary of the Oktoberfest. For the occasion. a horse race took place in historical costumes on the opening day. In the southern part of the Theresienwiese the “History of the Wiesn” (historic Oktoberfest) is held where a special beer is served for the occasion. This background has given visitors a sense of going back in time and reliving the atmosphere of centuries past.